Purchase a signed paperback directly from the author. $13.99 plus $4 shipping. Shipped via media mail. Contiguous US only. Trigger warnings can be found at: https://naomiault.com/chew/triggers/

24 in stock (can be backordered) 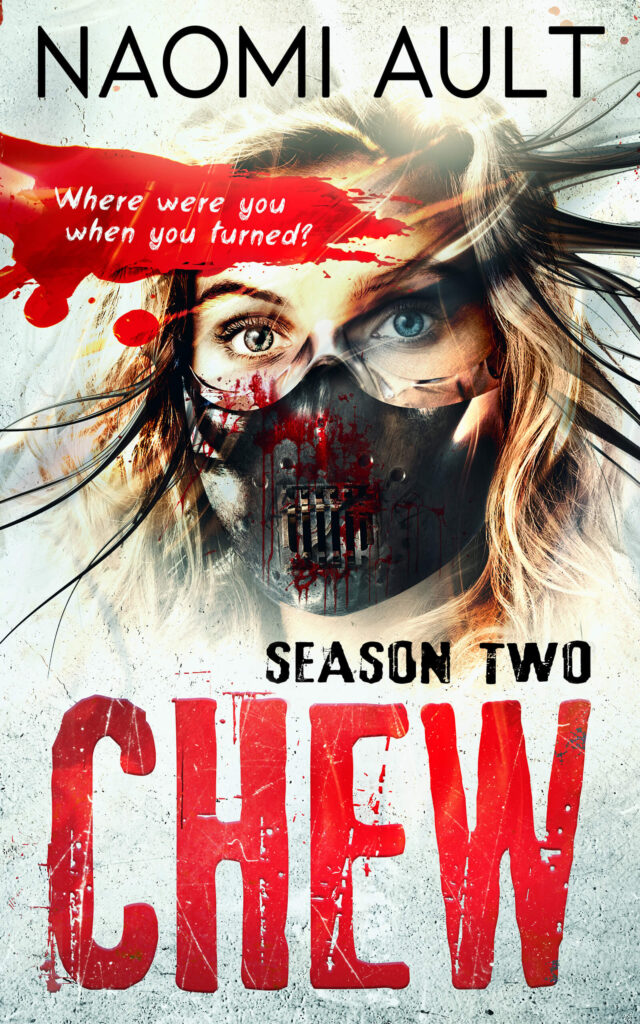 Only the strongest survived the Flip.

The problem is that it’s hard to remember what they’re surviving for.

The world is still reeling after Zakaria’s miracle cure transformed flesh-eating monsters back into humans. Under constant threat of pain and punishment, Biters are forced to work off their debt to society, and only the strongest can survive this new normal.

After surviving Clive’s Carnival, Luke and Allison trade hasty goodbyes and part ways. While Luke adapts to military life, Allison returns home to Milltown, Ohio—a city Will promises to turn into a promised land for all Biters.

Meanwhile, one calamity after another tests Allison’s resourcefulness, her will to survive, and eventually, her humanity itself.

“When men become monsters, can they become men again?”

There are no reviews yet.